Looking for a somewhat moderately expensive brand fitting every kind of battery you need? Well, I have one for you! The Champion AGM batteries. Such range brings the question of the reliability of course. How reliable are they? Are they safe and high-performing?

Yes, they are! Both their AGM and Regular Batteries ar god and popular. But the devil lies in the details. In this article, I will give you a complete idea of what these batteries are and how they perform. Let’s debunk the Champion AGM batteries in a few seconds.

How Good Champion AGM Batteries Are?

Champion batteries are a steal because they deliver the AGM benefits with low-maintenance and good performance all in the same pack!

Champion AGM batteries are perfectly suitable for both hot and cold weather. They are not high-maintenance batteries. You will not need to add water. They can design and handle the draining and charging cycles pretty well.

Different types of battery costs are different. But the range usually falls between $140 to $200. This is a steal considering other AGM batteries cost between $200 to $300.

The batteries usually last for 3 years. Depending on the type of battery, they come with 30 months, 3, or 4 years warranty. The warranty includes free replacement.

How Reliable Are Champion AGM Batteries?

Champion AGM batteries have a good reserve capacity. They can go on for a long time even if the charging system is failing.

The CCA capacity is at 0º F. While the cranking Amps is at 32º F. The battery is very strong and durable. Lasts for a long time and supports during long journeys.

Moreover, you can rely on the variation Champion offers. Not just automotive, they offer batteries for commercial, golf cart, marine, power sports, and lawn and garden tools.

How Durable Are Champion AGM Batteries?

The Champion AGM batteries have a carry handle. They have a CCA of 760. The battery has been tested for enduring hot and cold weather. It has also been tested to perform well across various cycles (charging and discharging).

The champion batteries prove to be quite durable throughout and promising in terms of providing optimum performance.

Moreover, AGM batteries are vibration resistant therefore, more durable. Their corrosion-resistant and waterproof marine models are worth mentioning too.

What About Older Champion Batteries?

Champion embarked on its journey back in 1907. Since then they have not only made batteries for automotive racing cars but have experimented with other automotive parts too.

Do They Still Make Older Models?

Champion does not make older models anymore. The AGM technology has been developed and found in a wide range of new varieties.

Where Is the Manufacturing Location of Champion AGM Batteries?

Champion AGM batteries are produced by Johnson Controls. Among the multiple facilities they contain, the one where Champion is produced in three places. These are 1) St. Joseph, Missouri; 2) Middletown, Delaware; and 3) Toledo, Ohio.

However, these batteries are assembled in China after being manufactured from the Johnson Controls warehouse.

The brand is owned entirely as a subsidiary by Federal-Mogul Corporation since 1989.

What Are Typical Problems with Champion AGM Batteries?

The Champion battery has a warranty of 4 years. And it was reported to last less than 6 years. This is a short duration for a battery to last. The AGM batteries from Costco may be better in terms of budget-friendliness and lasting duration.

Again, these batteries usually have a high amperage discharge. They can sustain voltage in a wider range of temperatures. But the recharge cycle is a shortcoming of the engine. So without temperature sensor feedback, the alternator can suffer internal damage.

Unfortunately, these batteries don’t hold value more than any other regular AGM batteries. They depreciate at 60% rate.

It is not wise to buy a battery older than 3 years.

Are Champion AGM Batteries Still Being Made?

Champion AGM batteries are still being made throughout at Missouri, Delaware and Ohio.

Which Brands Can Be the Best Alternative to Champion AGM Batteries?

Champion AGM Batteries are rarely talked about due to a lack of marketing. Here are some reviews that might help you:

“Champion makes both AGM and regular batteries. He wasn’t specific, but normally it’s the AGM batteries that don’t corrode the terminals as they don’t tend to vent much if any gas on an AGM battery. The terminals on my 12 year old H8 AGM battery in my E350 in the trunk are pristine. I can see regular flooded batteries corroding..”

“I have the battery and have no issues. It is a great price with the rebate and 25% off and pep boys stand behind their products”

Champion is a very lowkey brand apparently. It is not as famous on the internet as it may be in real life. But it does have a good reputation among car owners.

It seems like they do need to upgrade very soon. If you have a budget, you should go for these AGM batteries. But other wise, everything is pretty basic with these batteries.

Everstart batteries are one of the affordable batteries provided by Walmart. They are cheap and reliable as…

With more than 50 years of experience serving the automotive industry, Diehard has already achieved enough recognition…

Do you ever wonder why your vehicle refuses to start or rotates slowly, especially when it’s cold…

To be assured of battery quality, we often try to find out the manufacturer. As Ford recommends… 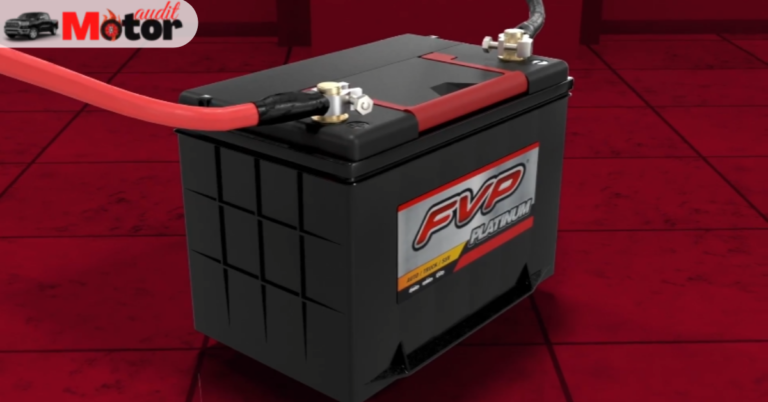 FVP is a trustworthy brand in automobile batteries. They have proven their worth and people like to…