Subaru Oil is one of the most popular oils for vehicle engines used in different countries. However, not many users are aware of the actual manufacturer of this oil and often wonder who makes Subaru oil.

That is why in today’s article, I have decided to unveil the answer of who makes Subaru Oil and more about the brands in details.

Idemitsu, a Japan-based company that makes Subaru oil. Idemitsu has its base in Japan and is currently one of the top ten global lubricant manufacturers. They have been producing these quality oils for over a century, and this is a trusted company.

Where Are Subaru Motor Oils Made?

The plants of Idemitsu where the Subaru Oil is made are situated in several countries. They have plants in Japan, obviously. Besides, they have blending facilities in Indiana, USA.

They also have their manufacturing facilities in China, and now they are building plants in Indonesia. The Company also have refineries (i.e., where the oil gets refined) in 7 different places of Japan. From these plants, the oil is made, and it gets exported to different countries.

Are Subaru Oils Any Good?

Subaru has got both the API and ILSAC GF-5 certification which proves their quality and efficiency. The manufacturer company is also in the market for more than 100 years. So they are trustable too.

However, this oil costs more than regular oil. But it will also provide you with several benefits like improved lubrication, increased power, and better fuel efficiency. It will cover 7500 miles with one oil change.

Moreover, Subaru oil can be recycled. So it is good for the environment too. Overall, it is worth it to buy the oil despite its high price.

The Idemitsu Kosan Company is a family-based multi-national company from Japan established in 1911 by Sazo Idemitsu. Its previous name was Idemitsu and Co. Idemitsu started selling lubricant oil for Nippon Oil in Moji, northern Kyushu. Then he started selling fuel oil for fishing boats too.

In 1914, Idemitsu expanded to Manchuria, China. They got the current name in 1940 when their headquarter was moved to Tokyo. With time, they have expanded their business to several countries, including Korea, Taiwan, Indonesia.

America. In the late 1970s, they started supplying lubricants to the USA and built their blending facility there in 1992. Now they are the second-largest lubricants manufacturer in Japan and the 8th largest in the world.

What Are the Types Of SUBARU Motor Oils Available?

Subaru oil comes in three different grades, which include Subaru 5W-30, OW-20, and 5W-20. They can either be conventional or synthetic. Synthetic oils are more expensive but are better than conventional ones. You should use the exact type that goes with your engine, which you can determine from the user manual.

Where To Buy Subaru Oil Filters?

Oil filters are one of the most important parts of your engine. It filters engine oil and ensures that the engine is getting strained good oil. You can replace it, and in this term, Subaru is a good choice.

Subaru makes different types of oil filters on a friendly budget. They are pretty available online. You can get them on subaruonlineparts.com or Amazon, and they sell oil filters online.

Also, you can get them in any machine part’s shop. Check the oil filter before you buy it, and then install it in your engine.

What Are The Best Subaru Oils?

Although Subaru is one of the best synthetic oil for your engine, its grade can also vary. Some grades are better than the other ones. Subaru 5W-30 and 10W-10 synthetic oil are the most recommended engine oil for Forrester engines. Subaru uniquely formulated 0W-20 motor oil for the machines which are not turbocharged.

But primarily for turbocharged engine experts prefer Subaru 5W-30 Synthetic Motor Oil. It ensures the long life of engines and gives a smooth tremendous performance for not turbocharged engines use 0W-20 Subaru motor oil. It is also suitable and exceptionally formulated.

What Are the Alternatives Of Subaru Oil?

For your Subaru Forrester or Subaru engines, it’s recommended to use Subaru formulated synthetic or semi-synthetic motor oil. If it is not available, then you can go for the alternatives. Mobil, Chevron, and Harvest are some of the best choices.

But do not change the viscosity of your engine oil and recheck it is able or not to help your engine. Like gasoline engine can use Chevron Delo 400 semi-synthetic oil, but it cannot use other variants.

So, it is recommended to maintain the viscosity and ability (should be there in the manual) before you replace your Subaru engine oil.

Subaru offers both premium quality engine oils, and there is no doubt about that.

But most Subaru oil users are not aware of the company behind all these various high-quality oils.

So now you know almost everything about Subaru Oil. Idemtisu has been serving in this field for over a century. You obviously realize that anyone has to keep up their quality to sustain here for this long time. So never hesitate to buy Subaru Oil if you need it!

NAPA has been serving the auto parts industry for more than decades. The Oil and Oil Filters…

A motor’s oil is the engine’s lifeblood. Therefore, you should not use low-grade oils. In addition to…

Since the famous Japanese car brand Toyota doesn’t specialize in making synthetic oil, you may wonder who… 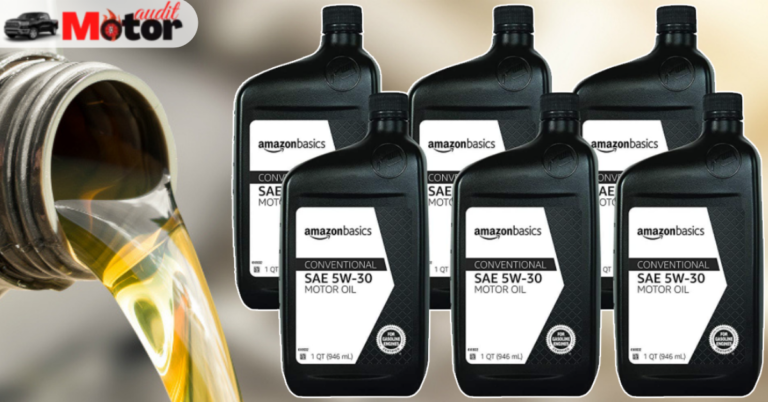 If you try to find out who makes Kohler oil, you will get mixed answers on the…