General Motors is the company that makes the Buick Enclave. Their manufacture of the vehicle began in 2007. Only in the United States, 727,415 Enclaves were sold between 2007 and 2021.

You can wind up losing money as a result of these models’ inaccuracy. I’ve put up a list of Buick Enclave models to steer clear of to help you save money.

Additionally, a few Buick Enclave model years are advised against owing to several common flaws. The three most frequent difficulties are power steering, engines, and transmissions.

I’ve also provided a list of vehicles you should think about if you’re shopping for a Buick Enclave.

Buick Enclave vehicles come in two generations. These started, respectively, in 2008 and 2018.

Buick Problems reports that there were 563 complaints between 2018 and 2021. The 2008 Buick Enclave, which was their entry-level vehicle, has received the majority of customer complaints.

These particular years should be avoided as problems are more prone to occur. You should steer clear of the following Buick Enclave model years:

Now let’s examine some of the most important issues that the worst years have.

The Buick Enclave 2008 model has three significant issues. These include power steering, engine, and transmission failure. There were a few further problems, according to Car Complaints.

Engine issues also plagued the 2009 Buick Enclave. According to this website, they have gotten a total of 25 engine problems and 20 transmission problems. The Buick Enclave considered this after the release of its first model.

The most frequent engine problems are a lit check engine light, a loose timing chain, a rough-running engine, an engine design defect, and fuel injectors that stick open.

This year, transmission problems were also rather prevalent. In addition, transmission slippage, reverse gear failure, and power steering failure were all fairly common.

As the Enclave 2010 was introduced, the number of problems started to drastically decline.

Due to engine issues, the vehicle bugged several consumers. These consist of a stretched timing chain, an abrupt halt, and an engine valve that enters the cylinder.

The steering and air conditioning were the primary other problems with this model. Some typical steering problems were intermittent power steering failure, rack, and pinion failure, and electrical power assist system malfunction.

Drivetrain, cooling, braking, and heating difficulties plagued 2011 models. But in this instance, the engine was the primary problem. The steering has caused issues for several users as well.

Some of the model’s design problems have been reported by Enclave Forum. The primary problems with the interior and accessories were the GPS, poor seats, and the key getting stuck in the ignition.

The Buick Enclave 2014 is the most recent model you should avoid. One of the worst things that may go wrong with this vehicle is the transmission. Other than that, electrical, engine, and heating problems are also very typical.

What Are The Worst Years of Buick Enclave?

On review websites and blogs, some Buick Enclaves from the first generation received a lot of negative feedback. Avoid the following years if you’re looking to purchase a Buick Enclave:

The 2008 Enclave has gotten the most transmission-related complaints. Other common problems included water pouring into the interior, quarter panels falling off, improperly functioning air conditioning, leaking from the sunroof, and audio system silence.

The 2010 Enclave experienced a lot of engine and steering troubles. Many electrical and air conditioning unit problems were also the subject of numerous complaints. It is hence regarded as the second-worst in the Enclave series.

Most Common Problems of Buick Enclave

There are several reasons why some of these automobiles have garnered such negative feedback on the forums. The issues outlined below are the primary reasons to stay away from these models.

After years of driving, you could get transmission problems. This may be 100,000 miles or so. The worst product years for transmission issues are by far the Enclaves from 2008, 2009, and 2014.

As the Buick Enclave had various improvements in 2009, transmission problems became less common. However, they did not go away completely.

Avoid the Buick Enclave if it begins to shake or creak during a test drive when increasing speed or changing gears.

One common issue with the Buick Enclave is the power steering pump. Customers commonly complain about severe steering wheel issues. If this happens, it could be necessary to replace the steering pump.

You’ve lost power steering if you notice that turning the steering wheel is challenging. The expense of replacing this component may be high.

The cost of changing the pumps is too expensive. If you’re lucky, the warranty will pay for the cost of the replacement. It would cost $1,700 to fix the most common Enclave steering problems. You could become aware of these issues at 80,000 miles or less.

A refrigerant leak is the most frequent issue with the air conditioning system in a Buick Enclave. A little crack in the system might lead to a significant leak.

The drive belt and power supply can seriously damage the air conditioner. Another potential factor is the level of refrigerant pressure.

You might need to look at them all if any of these are damaged. Many factors might lead to the compressor failing.

Road debris like small pebbles usually causes the condenser to leak. The air conditioning system might therefore malfunction. 2008, 2009, 2010, 2013, and 2014 are the most impacted years.

Several problems were brought on by the engine in various Buick Enclave models. The Enclave consumes a lot more oil than it should, which leads owners to fill up well below the suggested time between oil changes.

Customers who neglected routine maintenance on their SUVs ran the danger of a burst head gasket or damaged internal engine components.

Which Buick Enclave Years are Safe to Buy?

This car has had several alterations throughout the years and is still fully functional.

Let’s examine which Buick Enclave model years offer the best value for your money right now. The most reliable Enclaves are those from the year after:

The 2017 Buick Enclave is a fantastic model. This model possessed the power needed for a high-end SUV thanks to its 288 HP 3.6L V6 engine and 6-speed automatic transmission.

There are four model levels for the 2019 Buick Enclave. Consider the year’s standard model as well. It has a 9-speed automatic transmission and a V6 engine. The second row’s captain seats offer a stable and pleasant ride.

The most trustworthy Buick Enclave variant is the 2020 Enclave Avenir. Although it is less expensive to maintain than earlier versions, this does not guarantee that it is the best.

Which Years Have the Most Engine-Related Issues?

Which Years Have the Most Transmission-Related Problems?

There were several problems with models like the 2008 Buick Enclave. The most recent models, however, are some of the series’ best and have a lot to offer.

You now know the worst and best years for the Buick Enclave. I hope that this advice may be helpful to you when you consider buying this car. 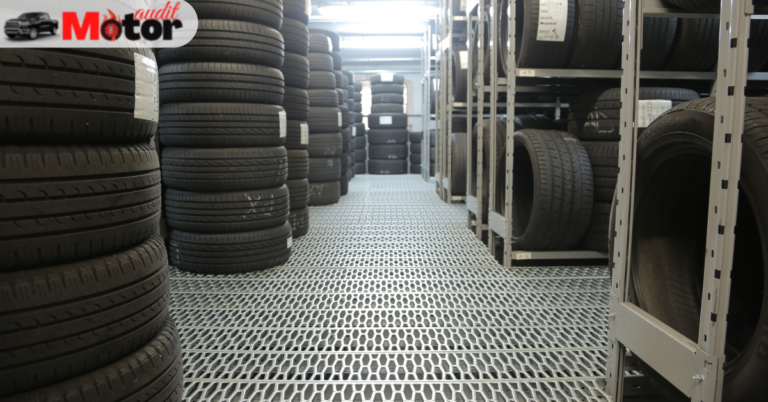 Do you ever wonder what type of tiers your vehicle has?  If it features solar tires then you have likely the best on the market.  Solar tires are very popular, affordable and ensure an all-season…

The GMC Terrain is a very popular small SUV which started its journey in 2009 and is still running strong to date. They were one of the first to break the design stereotype of these…

You must use particular caution when maintaining high-mileage engines. The engine mechanism contains a large number of rotating and moving parts that must be greased for it to perform properly. The oil in your automobile…

Maxxis has already established its brand name for offering various range high-quality tires at very affordable cost. Especially, when you consider the world’s top ten tire manufacturers, one of them will be Maxxis International, which…

As a United States citizen, Chevrolet Small Blocks are a trendy choice every time. Chevrolet V8s built between 1955 and 2005 are Generation I or Generation I+. These motors have been throttle body and point-injection…

A good power steering fluid should ensure the protection of the vehicle parts. Moreover, you must be able to use one single brand of fluid over a long time. It might be a little tricky…