P0402 on 6.7 Powerstroke is a standard trouble code. The code is triggered when excessive gas recirculation is detected. It is a moderately severe code, but you should not delay in taking the necessary steps. Let’s start with what the code means.

The code P0402 on powerstroke 6.7 means or is defined as “Exhaust Gas Recirculation Flow Excessive.” When the PCM of the powerstroke 6.7 commands the EGR valve to open and flow the  required amount of gas into the manifold but finds that more than the specific amount is flowing, it sets the code.

Anyway, since the code has already been triggered, you have to solve it. We will go over every bit of detail, including its causes, symptoms, and fixing strategies. Keep Going.

When the EGR valve is open and exhaust gas is recirculated in the manifold, there is a benefit. It results in reducing NOx.

the more the temperature in the chamber the more likely the bad particle produces. However, that does not mean the EGR valve should open too often or too much EGR gas flow.

In such a case, there is a chance that it will create excessive back pressure in the EGR system.

That’s why when PCM detects excessive flow, it sets the code. Here is the breakdown of the code.

This code is popular among Ford vehicles or Powerstroke 6.7 engines. It is not  a very severe code. You may encounter the engine hesitating while under acceleration.

The faulty EGR valve opens too often. When more than the specific amount of EGR gas flows into the manifold, it may create backpressure in the EGR system.

In addition, you may also encounter engine idle, loss of power, or difficulty starting up.

As soon as the engine starts idling or misfiring, start thinking about resolving the issue. Since the code is related to the engine, necessary steps should be taken before things worsen.

The most common reason code P0402 appears on a 6.7 Powerstroke is when the EGR valve stays open. The EGR valve receives the signal and allows gas to enter the engine, which is when the valve has no problem.

A problem occurs when the valve remains open or remains closed. Anyway, there are some other reasons too; those include the following:

Other Symptoms Of Getting p0402 Code On 6.7 powerstroke

The 6.7 Powerstroke code’s symptoms are not immediately apparent. Engine idle or drivability issues are considered common. On the other hand, the code will cause the check engine light to illuminate.

Along with these common symptoms, there can be some other symptoms as well, which include the following:

The fixing method may change a bit for the Powerstroke 6.7 compared to the Toyota or any other model.

Basically, there are two approaches you can follow. The first one is the DIY approach (Do It Yourself). The second approach is to find an expert you trust.

The DIY method is, however, a little challenging, particularly if you have no prior experience.

A few necessary tools are required. a reliable scanner to find and remove codes, and a multimeter to check the resistance.

Notes: Follow the vehicle-specific service bulletin for a detailed wiring diagram and all other necessary information. You can also check online for advice. from an expert. This suggestion is for those who want to solve the problem on their own.

As previously mentioned, the diagnostic phase varies depending on the make, model, and year of the vehicle. The steps that we will outline below are only meant to provide information. The majority of mechanics approach the problem in this way.

Scan the System and Clear the Codes

Try writing them down on notes. Next Reset all the codes before giving the car a test drive. Rescan the car after the test drive to check if any of the codes that were previously deleted have returned. If so, follow the next step.

Different sensors, such as EGR valve position sensors, Map sensors, and EBP sensors, are present in Powerstroke 6.7. These sensors ought to perform flawlessly. Use a multimeter to check the voltage to see if they are functioning properly. If a sensor is dirty, it will not function. If so, cleaning the sensor will restore its previous functionality.

There are things you can do to fix the issue. Make sure there is no restricted air flow. Repair the leak, if any, both in the cooler and the hoses in the charge air cooler.

Visual inspection is a very important step that you must take. Examine each vacuum hose.  Connections to the wiring shouldn’t be loosened. To the EGR valve, check all connections and wiring. Inspect the EGR valve. The air filter should not be defective. Inspect the intake and exhaust systems.

2. Remove the clog from the Air Filter

Another reason the code is set on Powerstroke 6.7 is a clogged air filter. You can follow these simple steps.

Here are some of the basic steps that can be followed to remove and clean any sensor.

Before you decide to replace the valve,make sure to test it using a multimeter. Also, buy the right EGR valve that matches the model and make. Check the parts manual to be sure.

Since the cost depends on several factors, it is difficult to estimate the exact cost of fixing the 6.7 Powerstroke P0402 code. If you resolve the issue on your own, then you will have to bear the cost of replacement parts.

As we have stated, the code P0402 on the Powerstroke is not that severe. Driving shouldn’t be a problem, even if the code is stored. You may encounter the engine hesitating while under acceleration.

Sometimes you may also encounter engine idle, loss of power, or difficulty starting up. However, they won’t prevent you from driving.

By now we have tried to cover every bit of detail about the P0402 code on Powerstroke 6.7. Here are some frequently asked questions that you might want to know.

What does exhaust gas recirculation do?

As we have stated, exhaust gas helps in reducing the temperature in the cylinder, resulting in less NOx emission from the diesel engine. Nox is not only harmful to humans but also detrimental to the environment.

What other codes are related to P0402 on the Powerstroke 6.7?

If you know what EGR on a Powerstroke 6.7 does, you will know how the faulty EGR is detrimental to the engine. It will reduce fuel economy, power loss, and reduction in the acceleration.

On the other hand, the EGR is designed to reduce NOX. A defective EGR will result in producing more NOx emissions from the chamber.

Hopefully, you have learned many things about the P0402 code on the Powerstroke. There are a few things to remember. When the code is stored, try to find the meaning of the code while identifying its potential threat.

Most often, a faulty EGR valve plays the role. On the other hand, the pressure sensor, EGR valve sensor, and circuit related to EGR may also be defective.

Another thing is whether you should follow the DIY approach or resort to a mechanic. We suggest contacting your dealer and following their advice. We believe the information was helpful and you have successfully resolved the problem.

Although a high-pressure oil pump does not tend to fail or get severely damage that easily, overtimes,… 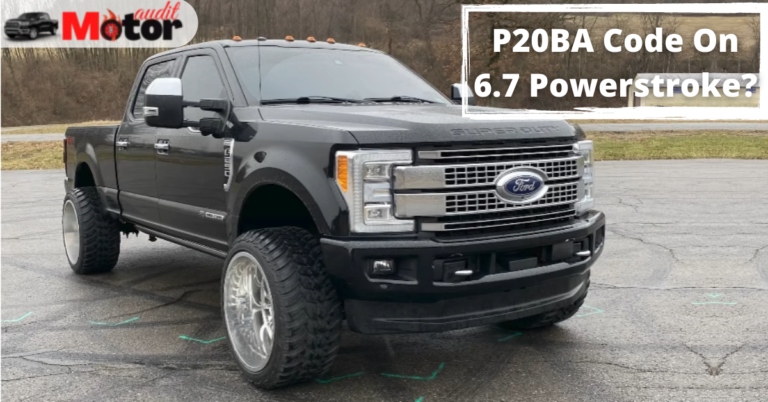 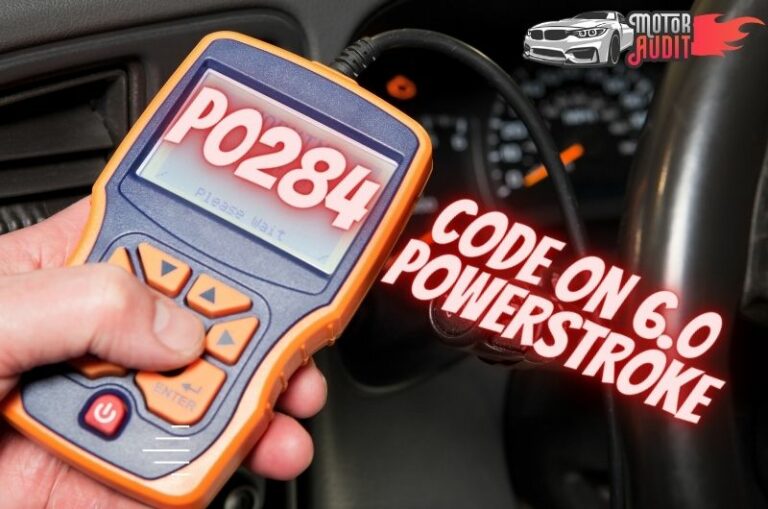 As the engine runs with the help of some components, It may face some trouble at any…