Subaru Forester is a versatile SUV, manufactured by Subaru and it started its journey in 1997. The Forester comes up with an amazing boxy design where its low profile marked it apart from its competitors.

However, you can end up losing faith in this compact SUV as a result of its inaccuracy. Thus, I’ve put up a list of Subaru Forester models to avoid in case of saving your money.

I’ve also provided a list of model years you can think of buying if you are to choose Subaru Forester.

Subaru Forester models come in five generations and the problems began with the 1998’s model.

Subaru Forester Problems reports that there have been 706 complaints over the years.

Let’s now look at some of the most significant problems from these worst years.

The Subaru Forester 1998 model has come with several issues. These problems start with the cooling system, engine oil, etc. According to Car Complaints, there were a few further issues.

Users frequently report having difficulty with the 1998 model’s oil pump seal which may leak, head gasket, or failed knock sensor.

Check Engine Light illumination could be turned on by a cracked front oxygen sensor element. Moreover, due to issues with the cooling system, the head gasket fails frequently.

It is worth mentioning, that the camshaft seal and crankshaft front seal are both prone to developing oil leaks in the front of the engine.

Due to the 1999 Subaru Forester’s inefficient catalytic converter, the Check Engine Light again becomes a problem that may illuminate.

Due to the failure of the head gasket, affected by the cooling system, Subaru has increased the warranty on certain vehicles to eight years.

In the Subaru Forester 2000, there have been complaints of “clutch chatter,”, especially after a cold start. The dealer may repair the clutch with better components if the user reports while the vehicle is still under warranty.

Additionally, you might see the oil pump seal leak that forms over time. To keep the bolts from getting loose once more, it is recommended to use a thread locker when replacing the seal.

The computer may occasionally identify misfires in Subaru Forester 2001 and trigger the Check Engine Light to light up. To address the issue, Subaru consequently released an upgraded spark plug wire set.

Aside from that, the ignition coil should be checked for carbon trails or contact shorts.

Although the sensor frequently passes tests, it is worth noting that the sensor may occasionally fail while the car is being driven.

Door seals rupturing and wind noise from the window seal are the most frequent problems with the Subaru Forester 2003.

Additionally, users may experience problems with the power window not rolling up.

Some of the most frequent consumer complaints about seatbelts and airbags include the airbag light turning on and the airbag failing to deploy.

Despite receiving fewer complaints than earlier model years, the Subaru Forester 2011 nevertheless has some significant problems.

The model year frequently experiences airbag recalls, and excessive oil consumption becomes one of those most terrible issues. As a result, the engine may experience increased wear and tear as the oil levels fall.

25 of the 40 complaints regarding the Subaru Forester 2014‘s engine are explicitly concerning high oil use. According to carcomplaints.com, this problem typically arises at roughly 26,000 miles, necessitating occasionally significant engine work.

According to some users, there have been problems with the car’s active and passive driver assistance systems.

Subaru Forester 2019 has received several recalls. According to Forester’s rear stabilizer recall, the bracket bolts might come loose and separate, which would make the vehicle unstable and possibly cause a crash.

The aluminum PCV valve has the potential to split, allowing the divided parts to enter the engine. Therefore, such parts cause a loss of engine power or, in the worst case, an engine seizure.

What Are The Worst Years of Subaru Forester?

Some Subaru Foresters got a lot of bad reviews on review websites and blogs. Be careful while purchasing these model years:

The majority of users chose the 2014 Forester as the worst because of its more frequent failures even at lesser miles and higher repair costs.

Additionally, there have been issues brought on by high oil consumption and a broken airbag sensor.

According to NHTSA, the 2019 Forester has received 420 complaints from users.

A connector in the EPS unit that could short-circuit causes a loss of EPS aid. Therefore, it may cause the danger of an accident.

Most Common Problems with Subaru Forester

There are several reasons why some Subaru Forester model years have received such unfavorable feedback. The main reasons to avoid these models are those mentioned below:

Excessive oil consumption is perhaps Subaru Forester’s worst problem. To ensure that the moving parts of the engine are lubricated and operating smoothly, it’s important to keep your car topped off with new oil.

Users of Subaru Foresters frequently claim that the vehicles tremble, jerk, and lurch while driving.

The worst of this is in the 2017 model year; therefore, think twice while buying this model year.

Since 1996, there have been 487 complaints from Subaru Forester owners about issues with the electrical system.

The lights being left on are frequently to blame for a drained battery. Batteries eventually degrade and need to be changed.

Some owners report problems with the infotainment system, which appears to freeze up, become blank, and resume unpredictably.

According to Repair Pal, the Subaru Forester had transmission recalls for the model years 2001 and 2002.

Because of the incorrect installation, the Forester could not stay in the park when using the Subaru automatic gearboxes.

Moreover, a transmission and drivetrain issue plagued the 2004 Subaru Forester when it first debuted.

The Forester was able to maneuver and shift to different speeds despite the transmission issue, although the car jerked while driving.

This vehicle has undergone numerous modifications throughout the years and is currently in excellent condition.

Let’s look at which Subaru Forster model years currently offer the best value. The Foresters from the year after being the most trustworthy:

The most dependable forester year models are:

The well-built 2020 Subaru Forester SUV has a roomy interior, outstanding fuel efficiency, and a long list of standard safety features.

Whichever variant you select, this model fulfills all the requirements.

The 2020 Forester is one of the newest models available, with amenities including an intuitive infotainment system and adaptive cruise control.

This vehicle handles all terrains well owing to its all-wheel drive. Additionally, the maker has provided a fantastic infotainment system that is simple to utilize.

The fuel efficiency of this SUV is among the greatest in its category.

How Durable Is the Subaru Forester?

That is quite remarkable that the vehicle can endure anywhere from 200000 to 2500000 miles, according to user reports.

The aforementioned figure can fluctuate significantly based on how it is used and how regularly it is maintained.

Although the Subaru Forester is a well-known and desirable vehicle, some frequent problems can leave you unsure about your choice.

The worst years of the car’s life, from 2011 to 2014, were plagued by engine problems, gearbox issues, and suspension issues, making it dangerous to drive.

You should now be able to determine which model is ideal for you and which model you should avoid at all costs. 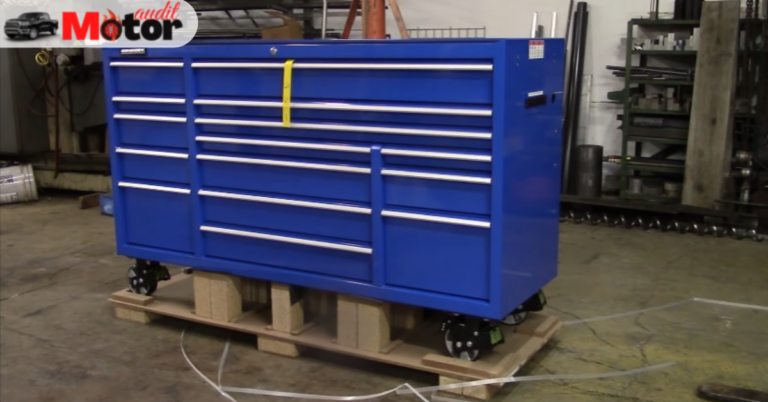 The battery is one of the main driving forces of a car. In the Acdelco advantage vs….

The automatic shutdown relay (ASD) is crucial in the power supply module. It helps to turn off…

Spark plug boots must be known by everybody who owns or drives an automobile. The spark plug…

It appears that the Toyota Corolla is the most popular car ever sold in the United States,…