Maybe you are facing some common problems caused due to a bad IPR valve. But the symptoms can occur because of various other reasons.

Only doing a thorough inspection can help you identify whether it is in the IPR valve.

In this article, I have described the best way regarding how to test IPR valve on 6.0 Powerstroke diesel engine. Let’s get started.

What Does the IPR (Injector Pressure Regulator) Valve Do on A 6.0 Powerstroke?

The full form of IPR is Injection Pressure Regulator. The main task of an IPR Valve on 6.0 Powerstroke engines is to control the high-pressure oil pump’s output pressure.

So, the importance of that small part is no way to be ignored. Without a proper functioning IPR valve, your Ford Truck can end up with power loss, poor idling, or engine stalling out problems.

What Is A Good IPR Reading?

Here, I am giving you two readings of an IPR valve being open and close. If the test results are in between this range, you won’t have to worry about anything.

According to some experts, the IPR percentage should never fall below 15% or go beyond 85%. However, there are other opinions too which state shorter ranges.

Besides the readings, you should also know its behavior while cranking.

What Should the IPR Be When Cranking?

According to the range I have given above, the duty cycle of IPR should start somewhere around 85%. After a while, it goes down during a prolonged crank condition, and ICP gets increased at this point.

If yours has gone bad or can’t work properly, the IPR duty cycle should default to 15%.

After doing some research, I have found a few signs and symptoms of a failing or weak injector pressure regulator valve.

You can tell that your truck’s diesel engine is in great shape by the smoothness of idling.

So, you can realize that lots of small and big components can cause the idling unstable, or rough. And, it includes an IPR valve.

In extreme situations, the engine may stop working and turning which can be caused by a dead IPR valve.

When a weak IPR valve gets unchecked for too long, you may experience car stalling in the middle of a busy road. And, it is a very bad experience; can be dangerous too.

Another symptom of having a bad IPR valve is a cranking engine but not starting the truck.

It can happen due to an empty fuel tank but you should also keep the valve’s performance in mind.

If you notice the injectors are surging when you accelerate, you will have to let a mechanic check your truck immediately.

Do the IPR valve test at first as it causes the problem in most cases.

How Do You Test an IPR Valve On 6.0 Powerstroke?

I have seen some Ford owners changing IPR valves by suspecting the problem is caused by that particular part. Unfortunately, the issues don’t get solved for some.

That is why it is not wise to throw stones in the dark. They should have searched on Google on “How Do You Diagnose A Bad IPR Valve?”

If you perform a thorough inspection and know the health of the IPR valve, you will be able to take more effective actions.

According to the experts, using a diagnostic tool is the best way to test the IPR valve on a 6.0 Powerstroke engine. I have found a complete set of tools for easy testing.

Check out TR DIESEL Ford 6.0L-7.3LPowerstroke High-Pressure Oil System IPR Air Test Tool Special KIT. It has everything which lets you perform the task without the help of any mechanic.

What I like about this product is that it is durable and you can perform multiple tests. One can read the parameter IDs of ICP using this special kit.

Read the steps below and stop unnecessary spending by making sure where the problem lies. Let’s do the bench test.

Step 1: First of all, set the IPR valve with the testing kit on your garage bench.

Step 2: Connect the hose to an air compressor and see if the air is leaking through the outbound holes.

There can be two outcomes here. One is noticing air coming out of the holes before even applying electricity. It means that IPR is not working right. Normally, it should be another way around.

Assuming that the whole system is working perfectly, you have to check the air pressure readings. I have already told the ideal values above.

Match the readings to the standard and see where it falls. Thus, the testing is done, and you know what to do.

I want to shine some light on another matter which is important for beginners.

Knowing the procedure for removing that component is challenging for the new Ford truck owners.

As it is necessary for bench testing, let me tell you how one can take out the IPR valve easily.

The whole method requires very basic tools, and start the task by using a quarter-inch socket wrench like this one. Attach it with a flexible-head ratchet.

Most likely, you can get one in the package of a new IPR valve. Again, buy this separately for testing purposes only.

After locating the IPR, disconnect the battery connection. Be careful of the side clip, and don’t damage it.

Now, loosen the IPR using the wrench. It is a tight spot. Be a little patient, and turn the tool little by little. And, the whole thing will eventually come off easily.

Taking it out, you will see a small screen which is the valve. Look whether it is clean, and then perform the testing.

The whole process should not take more than 3 or 4 minutes. And, you can reinstall the component in the same way you have removed it.

I hope that you have understood everything and have an overview of how to test IPR valve on 6.0 Powerstroke.

Replace the existing valve with a new IPR Valve for 6.0L Powerstroke Engine that you can order from Amazon.

The 6.0 Powerstroke engine, similar to any other engine, overheats due to burning the fuel to run… 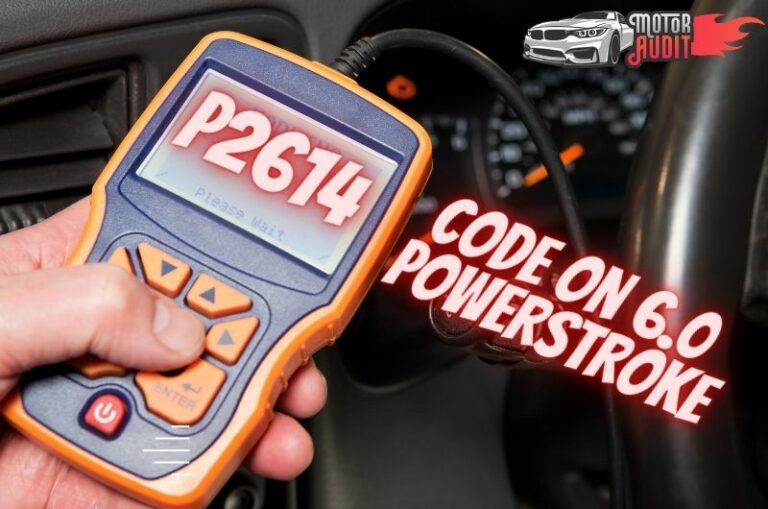 One of the several critical error codes related to 6.0 Powerstroke is the P2614. If there is…

You may often find the P2291 code on 6.4 Powerstroke. This code is basically related to the…

Heading to South, a 150 miles ride straight down the line. Barely passed 50 miles, and engine…