Whether you’re running a diesel or gas truck, you might notice white smoke from the exhaust time to time. As humans, we believe the smoke is the by-product of heat or fire. However, it’s not always the case – at least with car engines.

If you’re wondering why your car is blowing white smoke but not overheating, this article is for you. I can assure you that getting smoke without the engine being overheated is possible & it’s a fixable problem too.

In this article, I’ll be explaining why car engines blow white smoke & how to fix it without rushing to an auto shop. Without further ado, let’s get started with the basic query – is blowing white smoke a bad sign of your car?

Is Blowing White Smoke A Bad Sign Of Your Car?

White smoke from the exhaust can appear for several reasons. Most of them are caused by malfunctioning engine components & one of them is due to the environmental situation/cold environment.

Simply stating, if you’re getting white smoke for a shorter period (while start-up) – there’s nothing to worry about. Otherwise, white smoke indicates there’s something wrong with your car that requires your attention.

That being said, a blown head gasket isn’t the only reason you’re getting white smoke. If you’re not familiar with the causes mentioned above, don’t worry. I’ll be explaining each of them along with solutions in the following segments.

Why Does a Car Blow White Smoke Without Overheating?

Cars can blow white smoke for several reasons. Here are the possible reasons for which your car might be blowing white smoke:

If the white smoke disappears after 30 seconds or so & doesn’t contain any odor, it’s probably because of condensation. You’ll notice this type of smoke with engine start-up & it’s okay.

What happens is – the hot exhaust gas meets cold environmental air & results in condensation. It’s natural if you’re living in a relatively cold area like California.

Coolant is meant to be in the coolant reservoir & if it makes its path toward the engine combustion, sweet odored white smoke appears. You may run into a blown head gasket issue if this problem remains unfixed for a longer period.

One of the major reasons behind the white smoke problem is the blown head gasket. The head gasket is one of the most expensive & important components of the engine.

Besides white smoke from the exhaust pipe, other symptoms of a blown head gasket are:

By matching your car condition with the mentioned symptoms, you’ll know whether your head gasket is okay or not.

This irregular fuel delivery can cause the engine to blow white smoke, getting less or more fuel than needed. Simple twerking in the computer (or reprogramming) can solve this issue.

If your ECM is functioning okay & you’re still getting white smoke from the exhaust – it might be due to faulty fuel injector(s).

Can You Fix White Smoke Blowing From a Car That Is Not Overheated?

Yes, you can fix the white smoke issue of any car engine – diesel or gas. However, some of the troubleshooting methods aren’t very DIY friendly (such as repairing & replacing the head gasket) & you should get expert help with them.

How Much Does It Cost To Fix A Car That’s Blowing White Smoke?

The cost depends on the parts you’re getting & of course, the labor cost ($75 to $150 per hour). You can mainly replace two components in this white smoke issue & they are – fuel injector & head gasket.

Eight pcs of fuel injectors costs around $40 to $80 & the head gasket costs $700 to $850. The complete installation process of the head gasket can cost you more than $1500 if you’re getting this done by an expert.

I hope this article successfully satisfies your query of ‘why my car is blowing white smoke but not overheating.’ Now you know getting white smoke from the exhaust is common even if the car isn’t being overheated.

It’s up to you whether you want to solve this issue on your own or get expert help from any auto shop. Depending on your expertise level, you can definitely give this fixation a try. Whatever you do, just don’t ignore this issue unless it’s due to condensation. 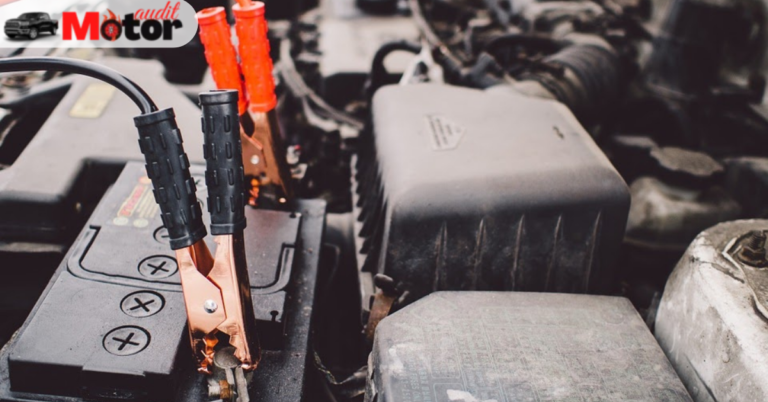 Why jumper cables smoke and melt? Well, the most common reason is connecting them to the wrong…

The P0300 code is displayed when two or more cylinders misfire. Undoubtedly, the signal is dangerous. But…

If you have a truck, van, or any larger vehicle with the Ford’s E4OD electronically controlled transmission…

ECM is broadly known as Electronic Control Module. You can tell by the name that ECM is…