The Toyota 4Runner is a well-loved rugged SUV that Toyota originally released in the 1980s. It has been around for over 35 years. Its purpose is to remain fully capable on the road. While the 4Runner is an excellent off-roader, it still has its problems.

Using the guide below can help you avoid buying a dud. In this article, we’ll inquire into the Toyota 4Runners cars and their worst years which are worth avoiding. If you are to buy a Toyota 4Runners car, this is a must-read for you.

Assembled in Japan, Toyota 4Runners that were manufactured between 2003 and 2009, which are from the 4th generation of these vehicles, have rust issues on their undercarriages. Toyota SW4 and Toyota Hilux Surf are some of the models.

Toyota Motor Corporation claims innocence and has not issued a recall on the defective automobiles. Moreover, this issue also reached the ears of the National Highway Traffic Safety Administration.

The following are the specific Toyota 4Runner models that have this problem:

What Makes The Toyota 4runners Years Worth Avoiding?

Although the main problem of Toyota 4Runners manufactured between 2003 and 2009 is the premature rusting of their undercarriages, these vehicles have numerous other issues.

Having rust on the frame of a Toyota 4Runner can lead to serious car accidents. The primary issue is the susceptibility of their frame to premature rust corrosion.

Since the frame is the primary support of the automobile, the vehicle can easily break off for this reason and the undercarriage may fail to protect the driver and the passengers.

You can only file a claim with Toyota Motor Corporation if the frame of your vehicle has been affected by premature rusting, as well as if this issue has caused you to experience a car accident.

For the 2003-2009 4th-gen 4Runner, Toyota offered two different 4.7-liter V8 engines. This engine appeared to regularly suffer exhaust manifold leaks. This would cause a sulfur odor in the cabin, as well as damage the engine’s O2 sensors and catalytic converters.

This can happen from the manifold’s design, as well as the weight of the catalytic converters. Over repeated heating-and-cooling cycles, cracks start to form and grow.

Even replacing the manifolds entirely didn’t solve the issue. So, Toyota also has not offered a V8 in the 4Runner since.

The 15A ACC and/or the 10A dome fuse or door lock fuse can blow. The good news is that this issue is easy to fix. All you have to do is to replace the blown fuse(s).

The 4Runner owners have experienced issues with their heater. There are several different reasons a 4Runner heater may stop working. The most common reason is a broken heater blower motor.

You may hear a loud blowing or whirring noise coming from the heater blower motor before it fails.

2010-2015 4Runners that came with either the Blizzard Pearl or Super White colors were prone to peeling paint. This happens because these colors are sensitive to sunlight.

Over time, the sunlight degrades the adhesion between the factory-applied paint primer coat layer and the base metal electrodeposition layer. The process speeds up with those two colors.

Normally, Toyota’s factory warranty, which is good for 3 years or 36K miles, covers the paint. Toyota received many complaints about the Blizzard Pearl and Super White paint colors degrading too fast. It responded by extending the warranty up to 14 years for those two colors only.

Many 2016-2019 4Runner owners have complained about an echo that occurs when they make hands-free calls. Toyota recommends adjusting your phone’s volume to decrease the echo.

This issue disappeared in some 2019 and 2020+ 4Runners. Because of this, some people believe that the issue was actually with Toyota’s own software and Bluetooth system, and Toyota quietly fixed it.

Which Toyota 4runners Years are Safe to Buy Used?

The Toyota 4Runner is considered to be one of the best all-around midsize SUVs that you can buy. They are comfortable off the road as they are on. If you are looking for the best year to buy I would recommend looking at a 2017 through 2019 model.

The engine is also excellent, even if the common V6 isn’t as advanced as some other models. The durability is still solid as well with 270 horsepower and 280 torque behind it. The models can also speed up to 0-60 mph in 7.5 seconds.

With the 2019 model, you can keep the TRD under control in rougher conditions. There are also helpful front and rear parking sensors to assist in parking while avoiding any damages to someone else’s car.

Steering becomes smooth with easy maneuvering around mountain roads. The model X-REAS is both a fancy model and easy to control when driving. There are also infotainment systems to help those who don’t like the hassle of technology irritations.

Toyota 4Runners are great overall because they are more reliable and last longer than one would expect. They’re perfect for everything from daily errands to off-roading vocations during various road and weather conditions.

The Toyota 4runners cars also receive more or fewer complaints in 4th generation model year. Keeping that in mind you always should opt for the best and that needs good research over the car models.

The article has a good insight into the best and worst years of this model. So, go through the article before you decide on your preferable model.

Ford offers a vast collection of Engine options, and 5.4 is one of them too. The Ford…

In 1986, the Nissan Pathfinder was introduced as a sport utility vehicle (SUV), and it continues to… 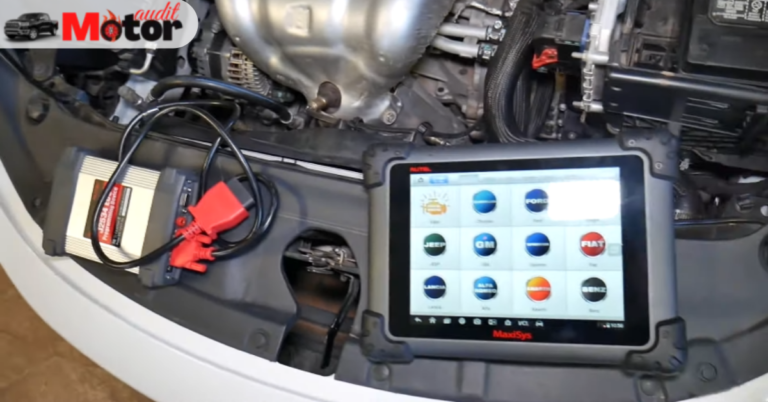 The Toyota Sienna made its debut in 1998. It took the position of the Toyota Previa, which…

The non-turbo 7.3 IDI engine already has a reputation of being very powerful and capable of great…