If you have a 6.7 Powerstroke engine in your car, you may face trouble on different occasions. Thanks to the Onboard Diagnostic (OBD) system. It makes things easier for us as it shows the Diagnostic Trouble Code (DTC) for various vehicle malfunctions. P00bd is one of them.

The p00bd code on 6.7 powerstroke means the malfunction of your car’s Mass Air Flow (MAF) sensor. In simple terms, the car’s PCM detects the code due to the unexpected air MAF sensor frequency.

The p00bd is one of the serious DTC codes. You need to fix it as soon as possible. We aim to discuss the code’s causes, symptoms, and simplest fixes. Keep Reading

What Does P00bd Code Mean On 6.7 Powerstroke?

Before knowing the meaning of the code p00bd powerstroke 6.7, you should know what the Mass Air Flow (MAF) sensor does for your vehicle. Why? Because you can relate to the issue of code p00bd quite easily, knowing that.

The main job of the Mass Air Flow (MAF) sensor is to measure the amount of air passing through the engine. The engine needs air to burn the fuel comprehensively.

In most cases, if the MAF sensor can’t function properly, the PCM of your car can’t detect the expected volume and density of the air in the engine. And, most possibly, it detects high airflow into the engine, which is not a good thing any day.

It’s essential to match the calculated MAF value with the frequency of the MAF sensor signal.

So, to simply describe it, the 6.7 Powerstroke DTC code p00bd is all about the malfunction of the Mass Air Flow (MAF) sensor in your vehicle. If you notice the code after diagnosing it, you can be pretty sure there’s a performance issue with the MAF sensor.

Let’s elaborate on the complete form of the code p00bd below.

How Serious Is Code P00BD On The 6.7 Powerstroke?

The most problematic issue with the code p00bd on the powerstroke 6.7 is that it can lower the engine power, especially while driving the vehicle. From this, you can realize the seriousness of the code.

Think about a scenario in which you drive your car at top speed. Suddenly, the engine power drops. It will be completely devastating, won’t it? This is likely because the MAF sensor plays a  decent part in ensuring engine performance.

In most cases, starting your car’s engine will be difficult. engine stalling? Yes, this is another drawback of the code. It can also damage the entire engine. Who knows!

Furthermore, you will also notice a loss of fuel economy due to the p00bd troubleshooting code. If the MAF sensor malfunctions, it can’t measure the volume and density of the air in the engine. So the Power Control Module (PCM) can’t determine how much fuel it can inject into the engine.

What Causes Code P00BD On The 6.7 Powerstroke?

The Powerstroke 6.7 code p00bd can occur for many reasons. But, one of the most common causes is the faulty Mass or Volume Air Flow filter ‘A’ sensor. Here, the ‘A’ indicates the part of the circuit or sensor of MAF. Some of the other possible causes are:

Other Symptoms of Getting the P00BD Code on the 6.7 Powerstroke

You can make sure of the code by noticing the symptoms. However,  you may notice single or multiple symptoms at a time. For example, powerstroke 6.7 engine stalling is one of the most common symptoms that come to light due to the p00bd code.

Let’s know some of the other symptoms.

Before fixing any diagnostic trouble code P00BD on the 6.7 powerstroke, you need to consider a few things. Among them, you must verify the code first.

You should scan the code whenever you notice any symptoms regarding code p00bd. Then, you can take the necessary measures given below.

Car with powerstroke 6.7 has an Onboard Diagnostic (OBD) system, you must have an OBD2 scanner. With the help of the scanner, you can verify the code.

For this, you need to plug the scanner into your vehicle’s Onboard Diagnostic (OBD) system. Next, you should turn on the ignition key.

The OBD2 scanner will then let you know the DTC code on your vehicle.

You should try resetting the code, but if the code still appears, you must follow further steps.

However, in this case, it is always impressive if you clean the sensor using the MAF sensor cleaner. This is because it works in most cases. If, unfortunately, the cleaning doesn’t work, you should replace the MAF sensor.

3. Repair or Replace Wiring and Connectors to the Mass Volume Air Flow

Sometimes, the wiring and connector of the mass volume air flow sensor may be broken or damaged. Therefore, you should check the Mass Air Flow sensor.

If you find any significant issues with the wiring or connector MAF, you should try to repair them. However, if the repair doesn’t work, they are extremely defective, and there’s no alternative to replacing them.

Here, you need to inspect whether there is any leakage in the intake manifold system. If you find additional damage, you can repair or replace the intake system based on its condition.

However, in most cases, repairing the intake manifold doesn’t solve the problem.

How Much Does It Cost To Fix 6.7 Powerstroke P00BD Code?

The cost of the fix varies depending on your vehicle and the type of fix it needs to solve the Powerstroke 6.7 P00BD code. Furthermore, if you need to repair components rather than replace them, it will cost you less money.

If it needs to replace the Mass Air Flow sensor in your car, it can cost you around $150-$450. Here, you also need to add the labor cost if you can’t do the work independently, which is about $70-$100 per hour.

Furthermore, as the PCM of your vehicle can also go bad, you may need to replace or repair it. To replace the PCM in your vehicles, be ready to spend around $500-$1500, where you also have to add the labor cost.

On the other hand, the repair cost of the PCM varies based on the problem type. For example, if you need to replace the intake manifold system, it will cost you about $250-$1200.

Can You Drive Your 6.7 Powerstroke With Code P00BD?

Experts do not recommend driving a car with the code p00bd on powerstroke 6.7 as it is related to the engine. If you drive your vehicle continuously, engine power loss conditions or the chances of engine misfire may destroy your vehicle’s engine.

Furthermore, the bad effect on the environment due to the DTC code is something you should also consider. That’s why it’s always better to fix the problem than drive your car.

Poor fuel economy is another concerning matter for the code p00bd. So, there are a lot of problems you may face. It will create a lot of disturbance while driving your car.

We have put together some frequently asked questions to give you a more precise idea about troubleshooting the p00bd code.

What Other Dtc Codes Are Related To p00bd Code on 6.7 Powerstroke?

The code p00bd occurs due to MAF malfunctions. Some of the other codes related to MAF are p0101 ( out of range), p0102 (Insufficient air traveling), p0103 (A high circuit), and p0104 (Intermittent/Erratic). These are some of the common DTC codes on 6.7 powerstroke.

How Do You Check the MAF Sensor on Your Vehicle?

If the engine still runs despite unplugging the MAF sensor, it means the MAF has gone bad.

The Mass or Volume Air Flow Circuit on your vehicle must measure the air entering the engine properly. However, the high input of the MAF flow circuit means the output of the sensor voltage is a lot higher than what is supposed to be detected by PCM.

You have learned the most straight forward fixes of the p00bd code on 6.7 Powerstroke. However, to remind you again, the symptoms of the code p00bd are more like any other code. So, the task that you need to perform is to verify the code first.

Additionally, don’t hesitate to call the mechanic if you are not quite sure about troubleshooting the code. Lastly, never leave the code with your vehicle for a long time.

The P1000 DTC code is unique to the company Ford. It simply implies that the OBD-II monitoring for…

DTC codes are the easiest way to find specific vehicle problems. These codes are like helping hands… 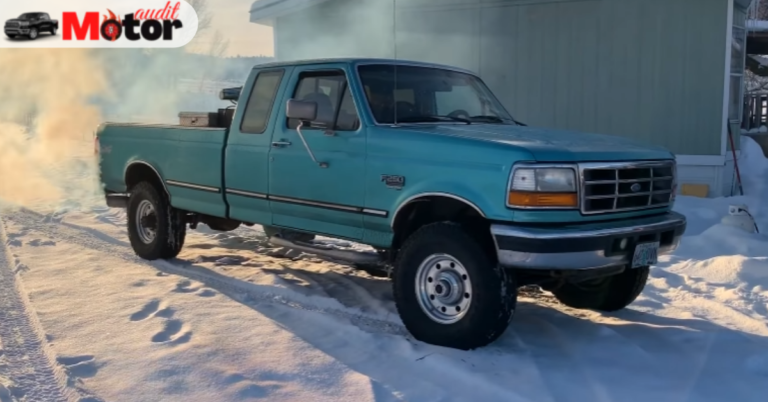 According to the PowerstrokeHub, Ford 7.3L comes with a whopping six transmission options. Here is the summary… 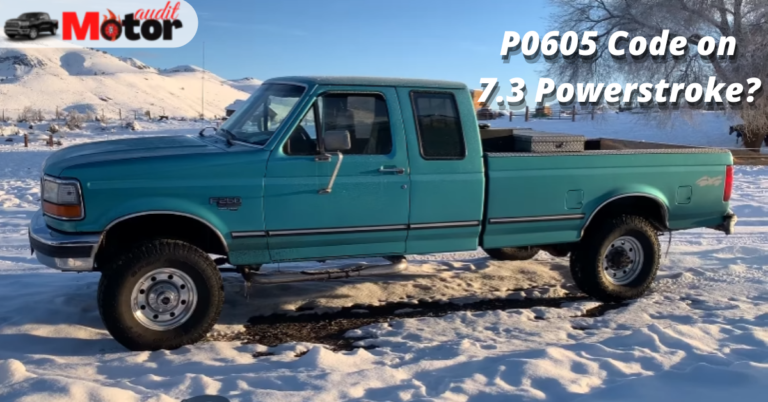 6.0 Powerstroke engines come with variable-geometry Turbochargers or VGTs, which are designed to allow the optimum amount…