The main task of IDM in your 7.3 Powerstroke’s engine is to send high voltage signals to the injectors.

It is a dumb part with one function and you can interchange the part regardless of engine model.

And, you have guessed it right. IDM can also go bad like other parts. Let me enlighten you by telling you the 7.3 IDM symptoms and signs in detail.

Stalling and sudden loss of power while running is the main sign of having a bad 7.3 IDM.

But the list of signs and symptoms does not end there. Read the next part to get a clear picture.

What Are the Symptoms Of 7.3 Powerstroke IDM Failure?

Know how to detect a bad 7.3 IDM by reading the symptoms explained in this part without skipping. It can save you a lot of trouble.

Lots of truck owners complained that they were having issues while driving the truck.

All of a sudden, it stalls and starts right back up. You may think that the CPS has gone bad.

But that might not be the case. If you pull the error codes, you will get something that indicates a bad IDM.

Corrosion or something else can damage the module. The quickest to confirm it is by looking at it.

Another common symptom of having an improper-functioning injector driver module is experiencing random cutouts and sudden loss of power.

Those who don’t have the necessary rig to see the error codes should take their truck to the nearest servicing center.

Sometimes, the tech can’t pull out the code due to various reasons. In that case, tell your mechanic to do a manual inspection.

Owners described the situation in some forum discussions. The engine shuts down and restarts while running at full speed.

So, you can understand that this is not an issue to be taken lightly.

Some of you may not experience any of the symptoms mentioned above. The engine won’t shut off in the middle of anywhere.

But it can run rough without good reasons. You won’t see other components acting badly which are typically responsible for rough running.

After doing a complete scan of the engine, it will probably show error code p1316. And, one can be assured of having a faulty IDM.

On the other hand, it is possible that the IDM is fine even though the error code clearly indicates that. You should also check the oil and see whether you have put too much.

4. No Starting at All

In some cases, a bad IDM keeps the engine from starting. Because the role of this module is to send high voltage signals for injectors.

And, failing to send the signal stops fuel from going into the cylinders which are necessary for ignition.

I have come across a thread in The Diesel Garage forum where one user mentioned facing several issues.

And, it all indicated a bad IDM. Let’s talk about what those are.

First of all, the truck owner experienced knocking and shaking on a regular basis. It happened when the throttle was depressed.

However, there were no signs of engine light or DTCs. Even the injectors turned out to be working fine after an injector buzz test.

Interestingly, a cylinder contribution test revealed that a few cylinders were not getting enough fuel.

One way to find out the problem and solution, you can interchange the IDM with another truck, and go for a test drive.

The final symptom I am going to tell you involves regular checkups or inspections.

While doing a full computer scan of the system, you may get the error related to the IDM problem.

I have already mentioned one. You should occasionally run it by your mechanic because he/she would know which ones are concerning.

Pro Tip: As Injector Driver Module or IDM can go bad due to water damage, you should check for non-functioning wire, moisture, or traces of water. So, deal with it according to your inspection. If it doesn’t solve the issue, you will have to replace the whole module.

Once you have confirmed that the IDM is causing all the problems, you can take it to a mechanic.

As it is a PCB board with some electrical components, it is possible to repair it.

If the module is beyond repair, you can replace it without much hassle. The procedure is simple, and you can take help from the steps below.

Yes, you can say replacing a bad 7.3 Injector Driver Module is expensive.

The best deal I could find on Amazon costs less than 350 dollars. Check it out for availability and compatibility.

No expert help is required to replace the module. So, you won’t have to factor in the labor cost of your mechanic.

How Often Should You Inspect 7.3 IDM?

The sealed box performs without any major issues for years. Yet it can go bad for water intrusion.

Inspecting the inside of the module is not logical. So, service, repair, or replace it once you experience one of the signs and symptoms described above.

Also, make sure that the module itself is faulty before deciding on buying a new one.

It is because those symptoms can be triggered by other faulty parts of the engine too.

I hope that you have understood 7.3 IDM symptoms perfectly.

Take actions according to the signs and symptoms. And, you will have smooth rides.

Have you ever heard of deleting DPF from other Ford truck owners? What is it? What are…

If you like your truck producing a lot of power, then you will love a turbocharger when…

P0231 is a generic diagnostic trouble code (DTC) that may often be logged on to 6.0 Powerstroke…. 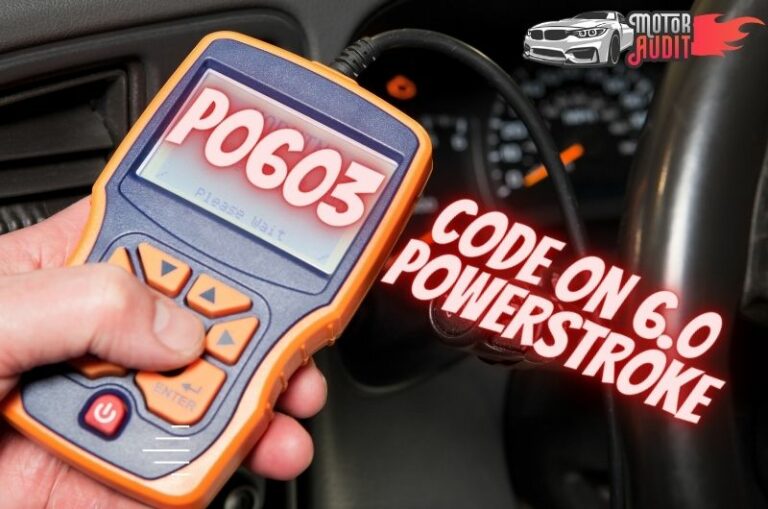